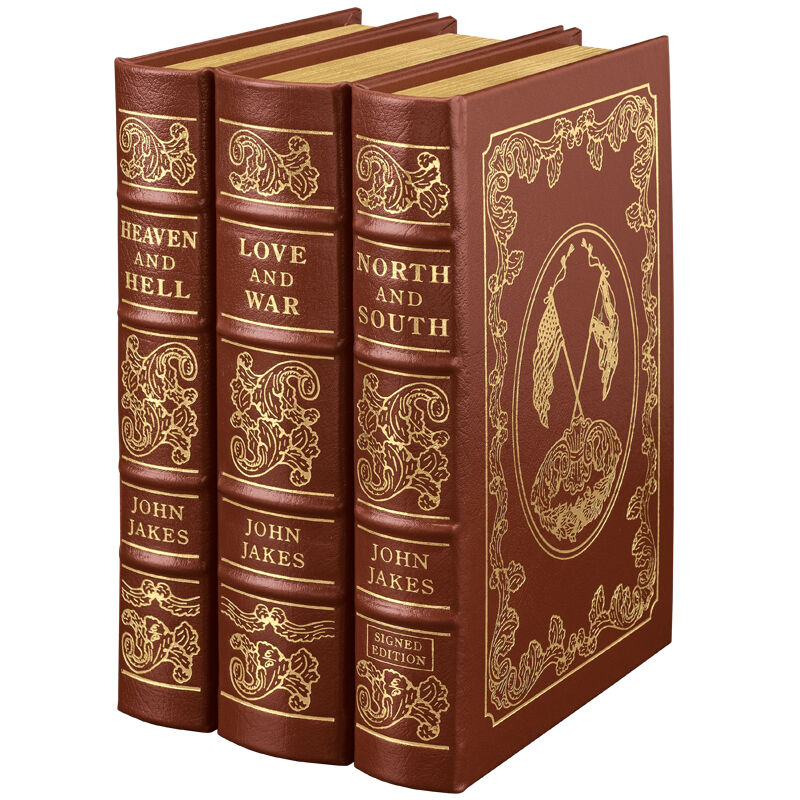 The masterpiece of the Civil War - with North and South personally signed by John Jakes.
Hailed by critics as one of the greatest novels ever written about America's Civil War, John Jakes's North and South Trilogy has sold more than 10 million copies worldwide and captured the imaginations of millions more in acclaimed television adaptations. Now, this epic work is offered in an exclusive leather-bound edition, personally signed by John Jakes.

(Sold only as a complete set.)