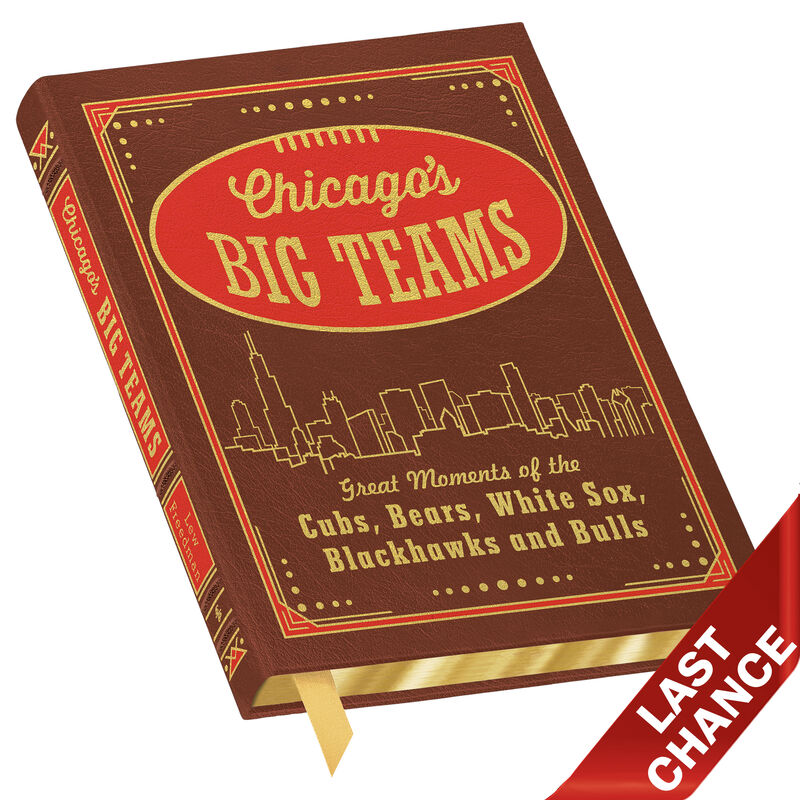 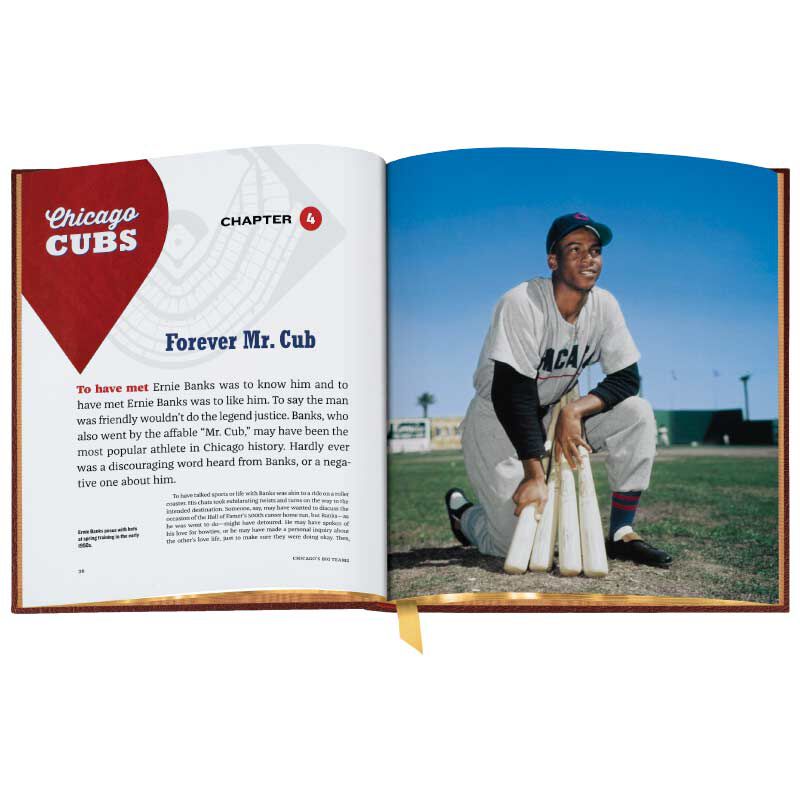 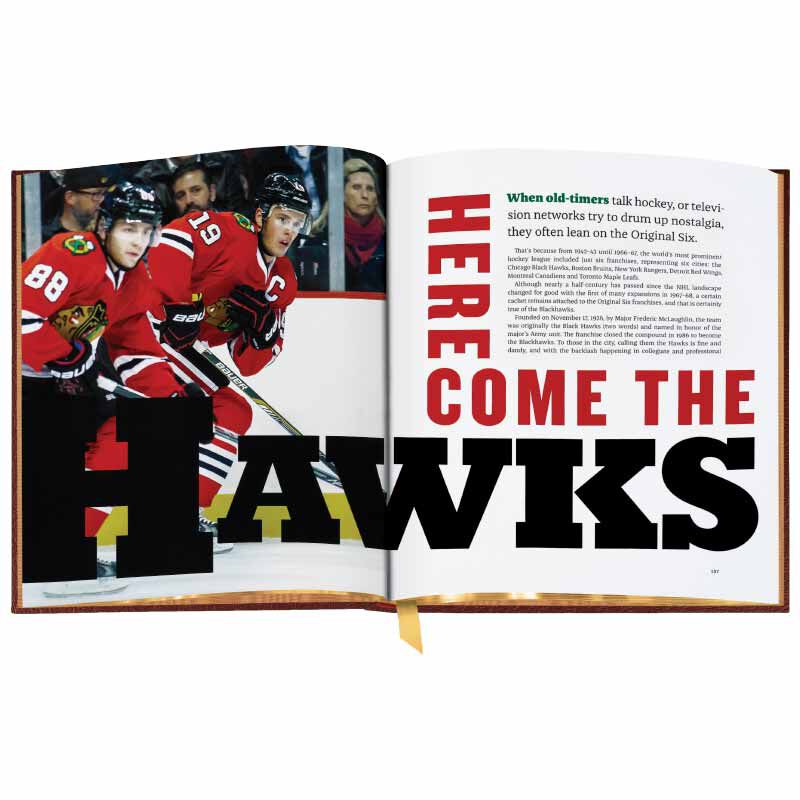 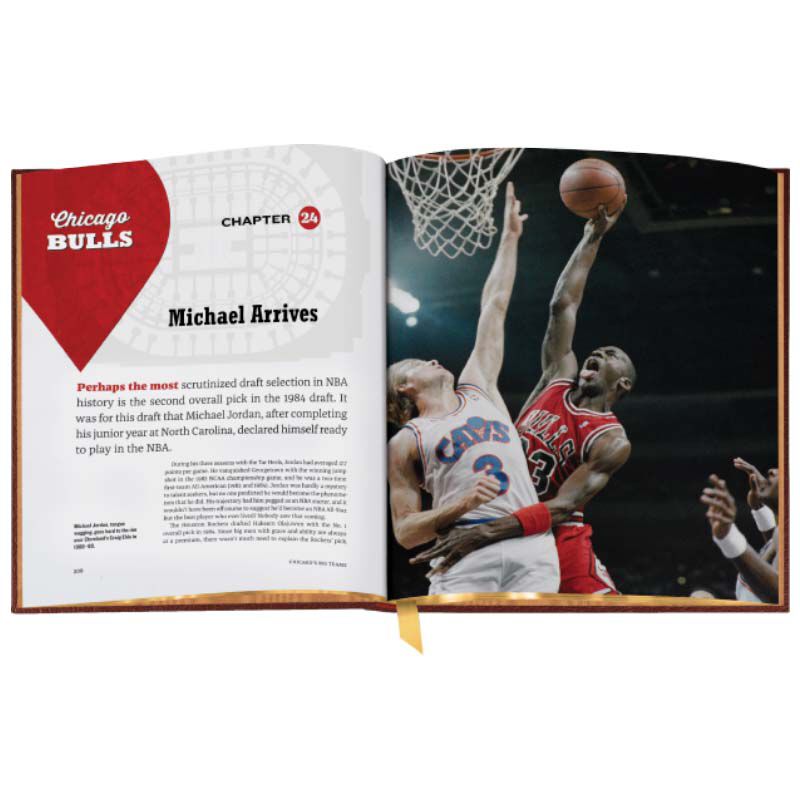 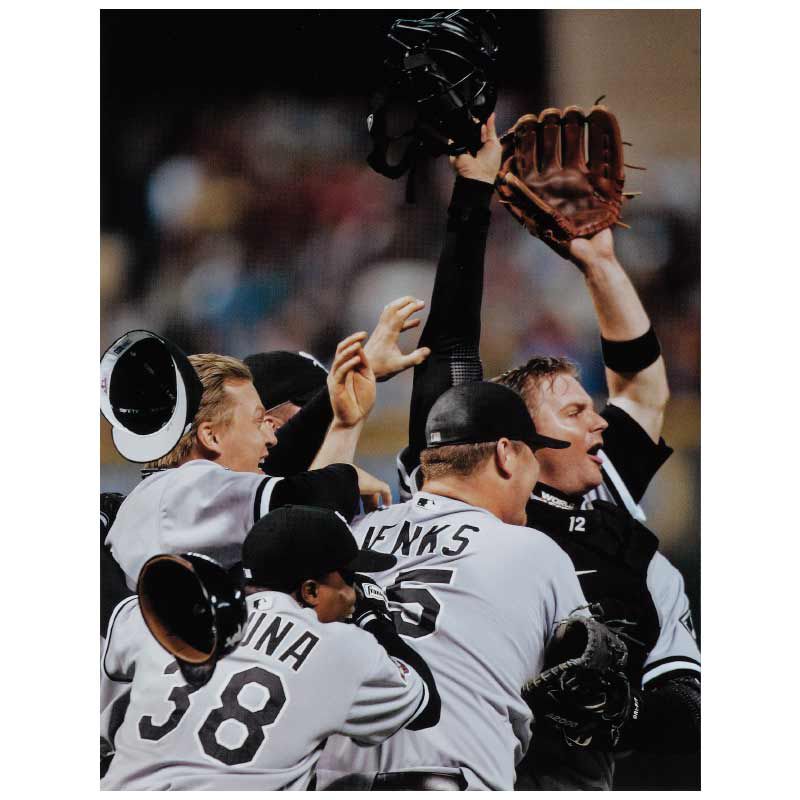 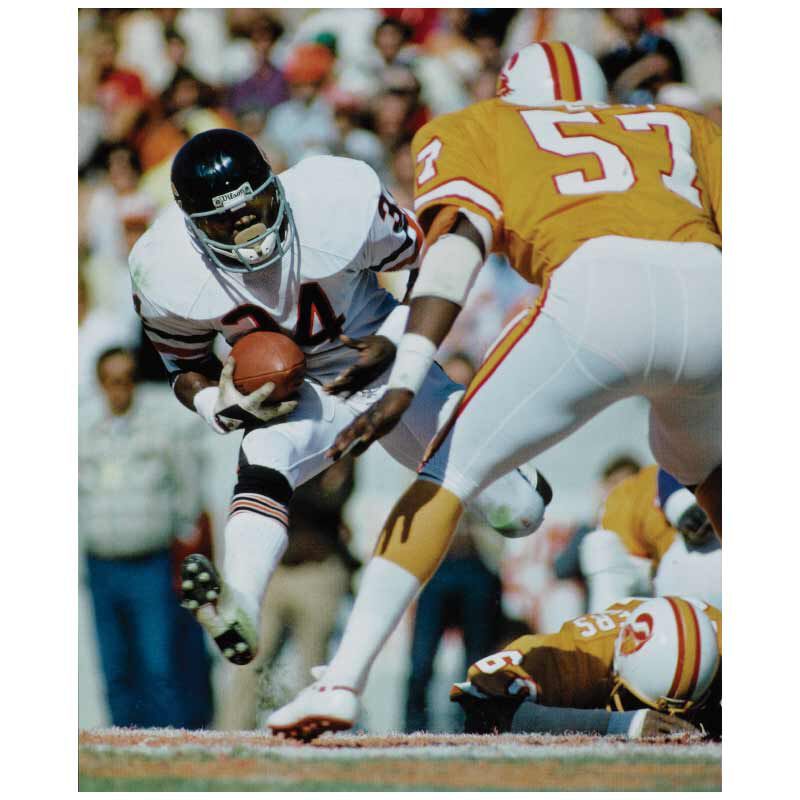 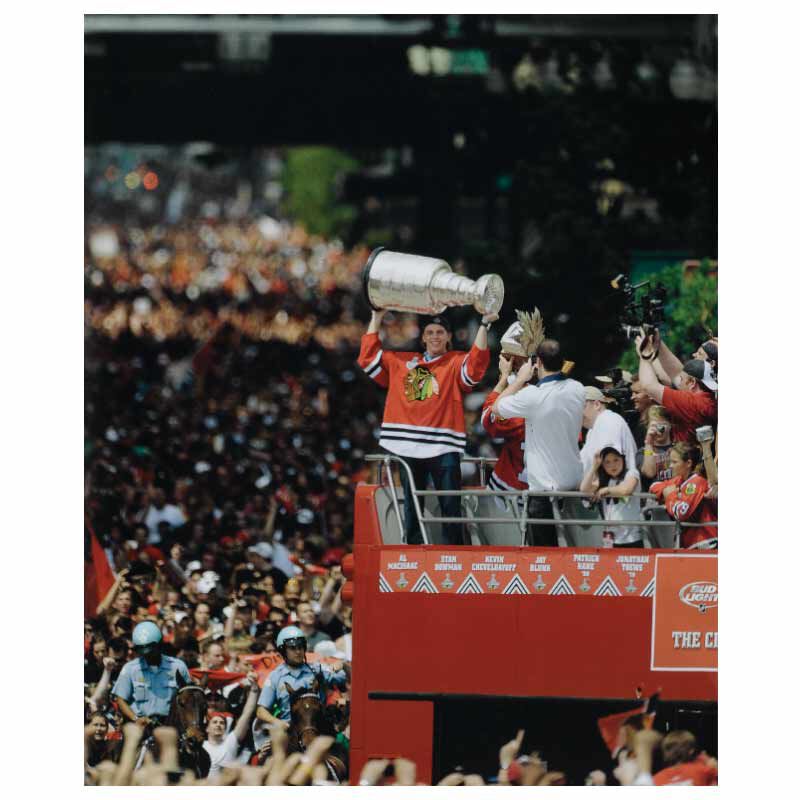 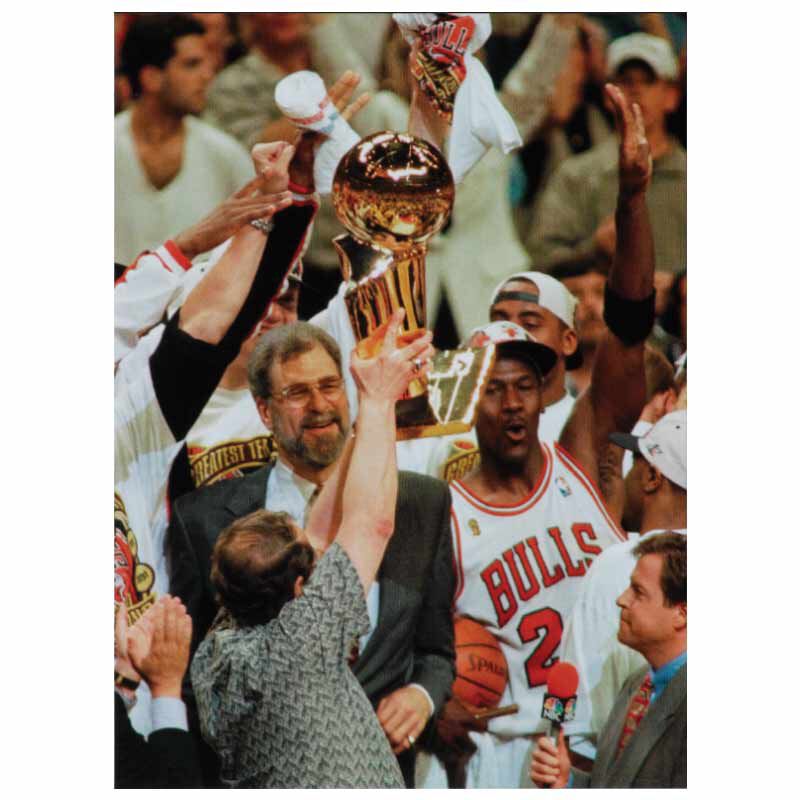 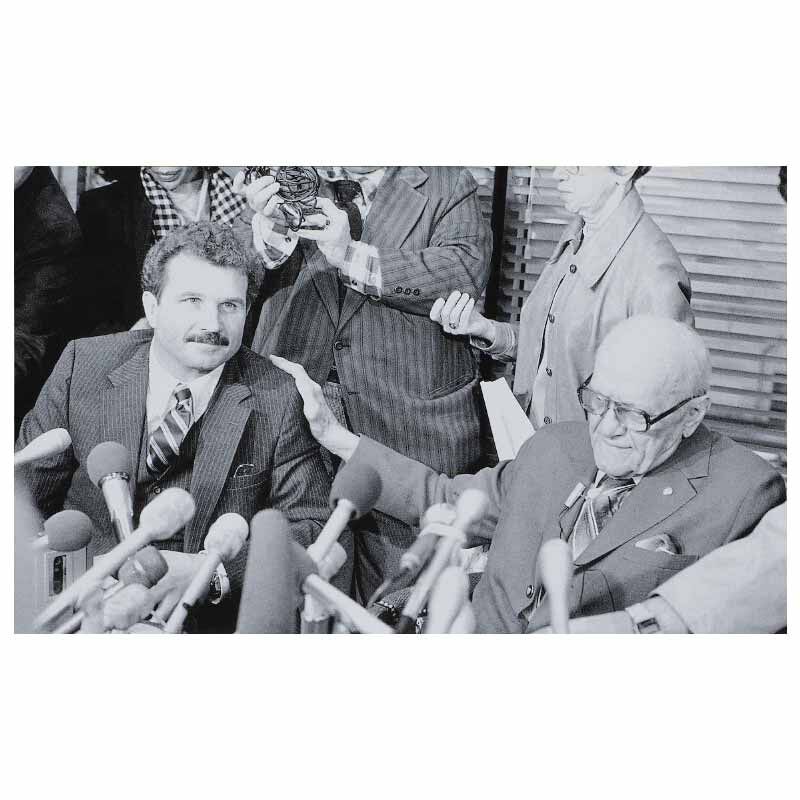 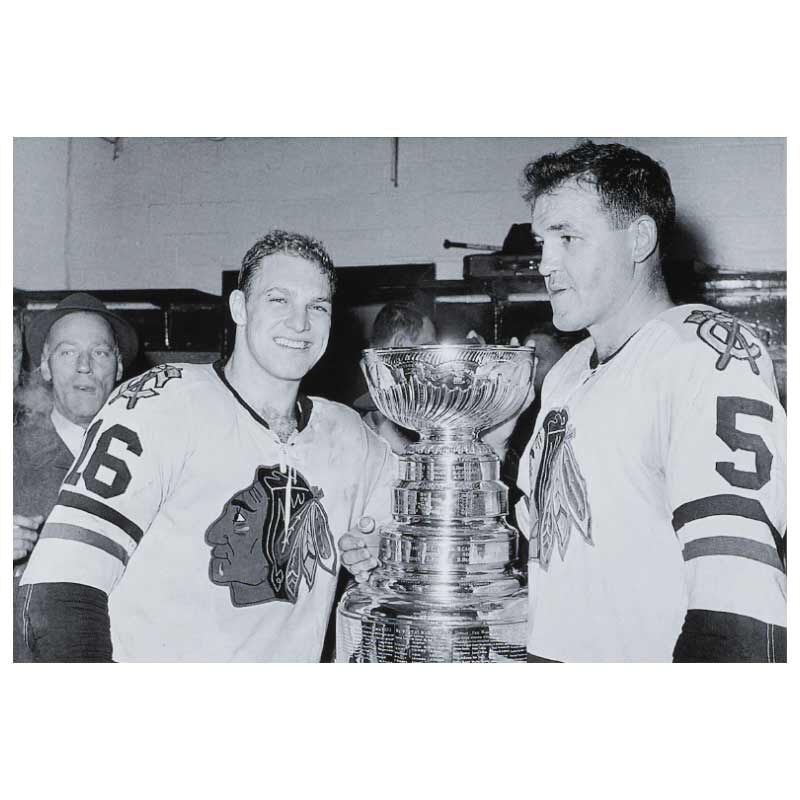 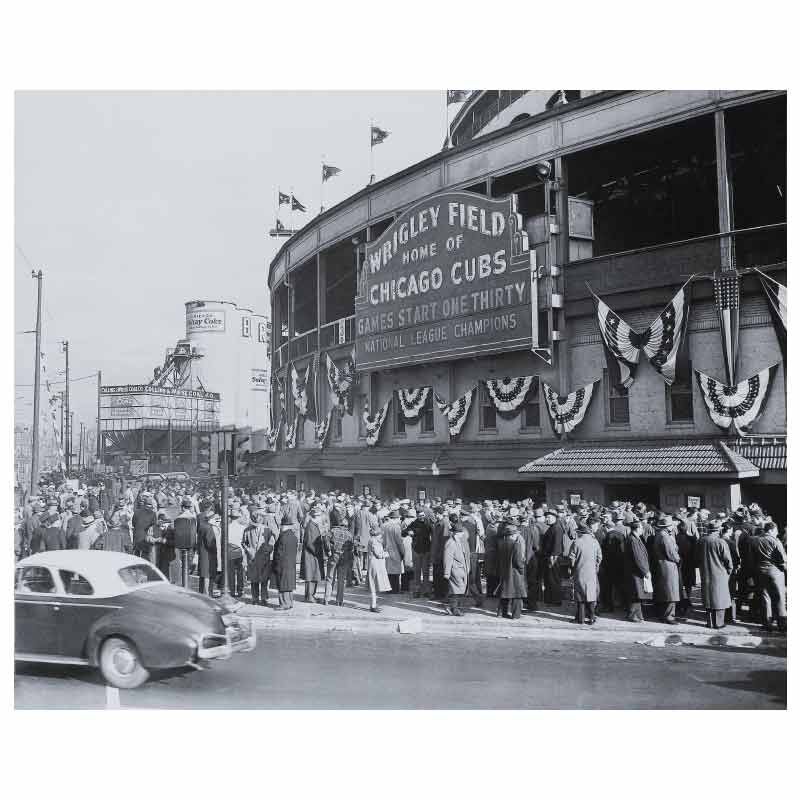 Commemorating one of America's greatest sports cities…
Chicago's professional sports landscape, as never seen before.
The ultimate illustrated history for any fan of the Bears, Blackhawks, Bulls, Cubs and White Sox, this stunning leather-bound volume perfectly captures the magic that is Chicago sports.

Here are the great names – Jordan, Banks, Ditka, Hull and more. Here are the unforgettable championships. And here are all the immortal moments. Features over 150 photos!

From its beginnings as a wild frontier boomtown through its decades as America's industrial powerhouse attracting immigrants from around the world to its current status as an international hub for business and culture, sports have been central to Chicago.

And Chicago has been central to professional sports. Birthplace of the Big Leagues, its legendary franchises loom large in American sports history – and continue to make history. Today, Chicago is one of only three towns which have teams from each of the four major league sports playing within their city limits.

Over 130 years of Chicago – and American – sports history.

The Cubs, baseball's 'Lovable Losers,” who have played in the city since the 1876 founding of the National League, the longest record of any franchise in any city …. Their South Side rivals, the White Sox, among the first American League teams and perpetrators of MLB's greatest scandal, the 1919 'fix' of the World Series.

The Bears, created by Chicago-born, George Halas, who in 1920 made the team part of his then-new National Football League … the Blackhawks, current Stanley Cup holders and one of the NHL's 1926 “Original Six” …. and the Bulls, latecomers to the city and a franchise the floundered for years until Michael Jordan led them to six championships in a decade.

Packed with over 150 historic full-color and black & white photos and scores of unforgettable Chicago sports characters such as Ernie Banks, Mike Ditka, Frank Thomas, and Bobby Hull, CHICAGO'S BIG TEAMS is a thrilling tribute to an incomparable sports town.