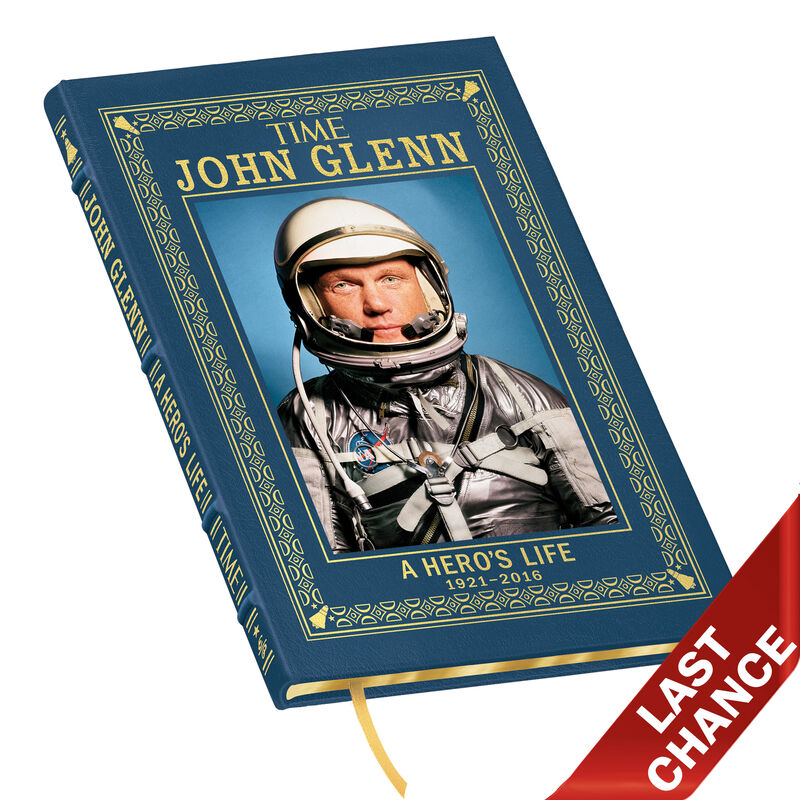 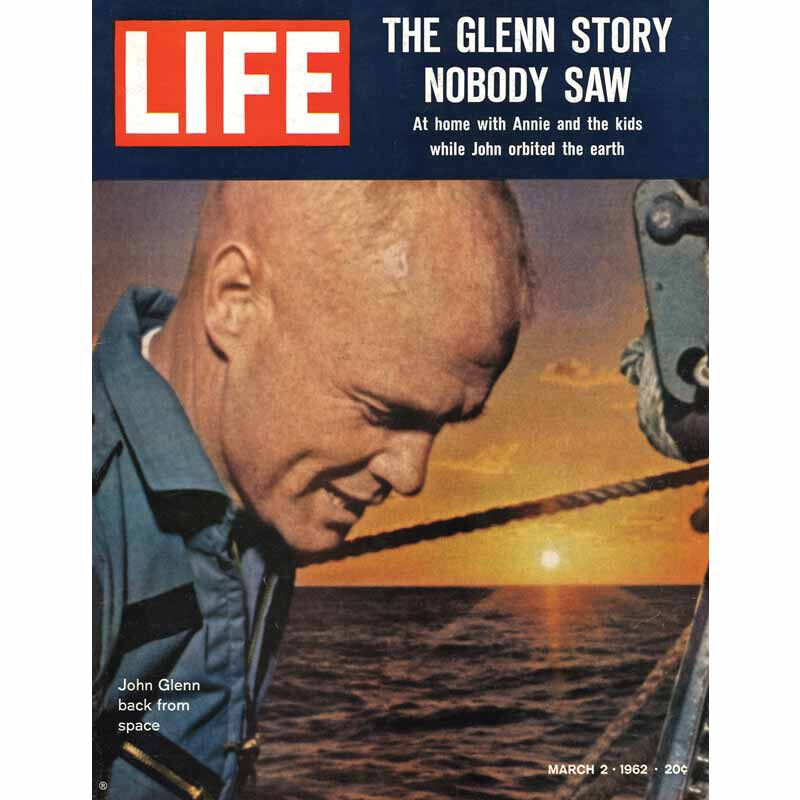 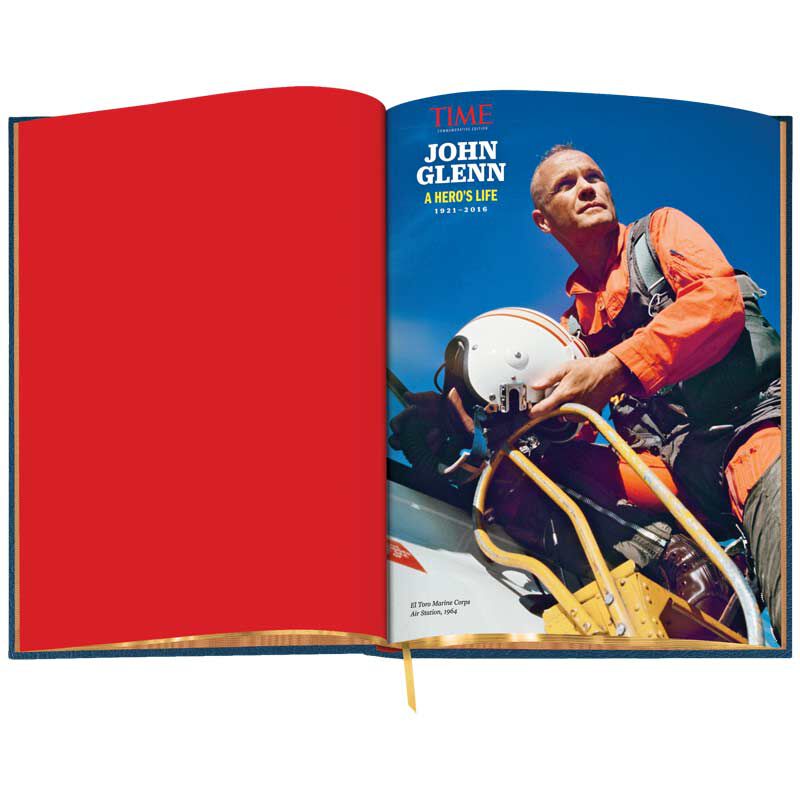 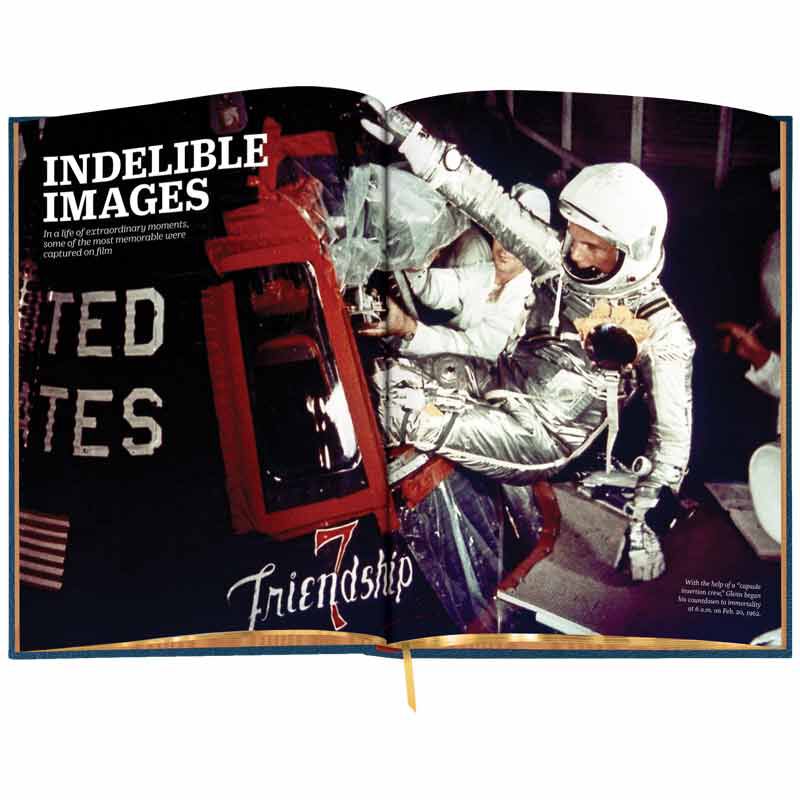 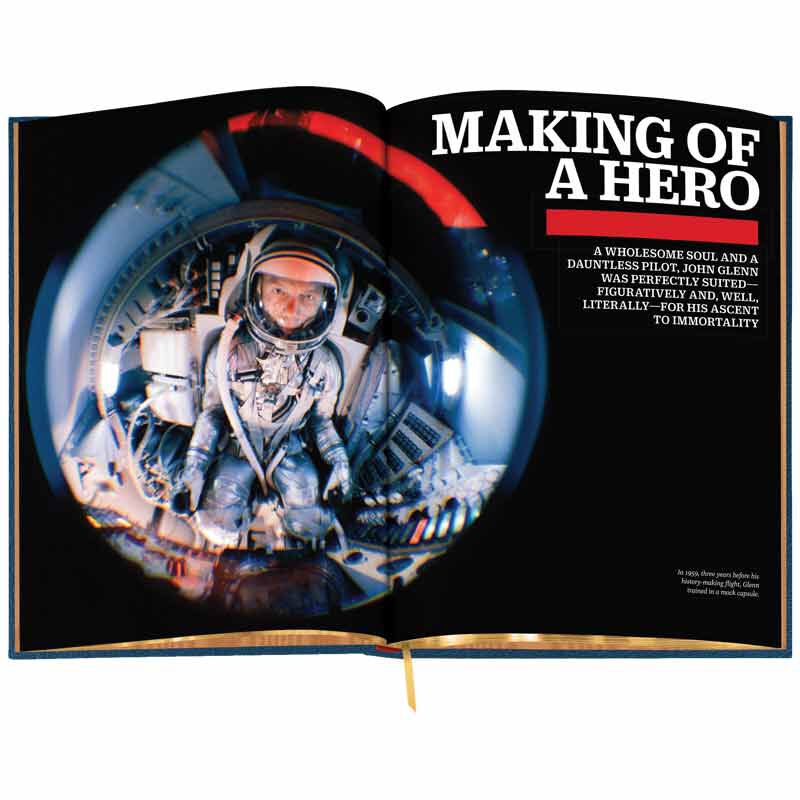 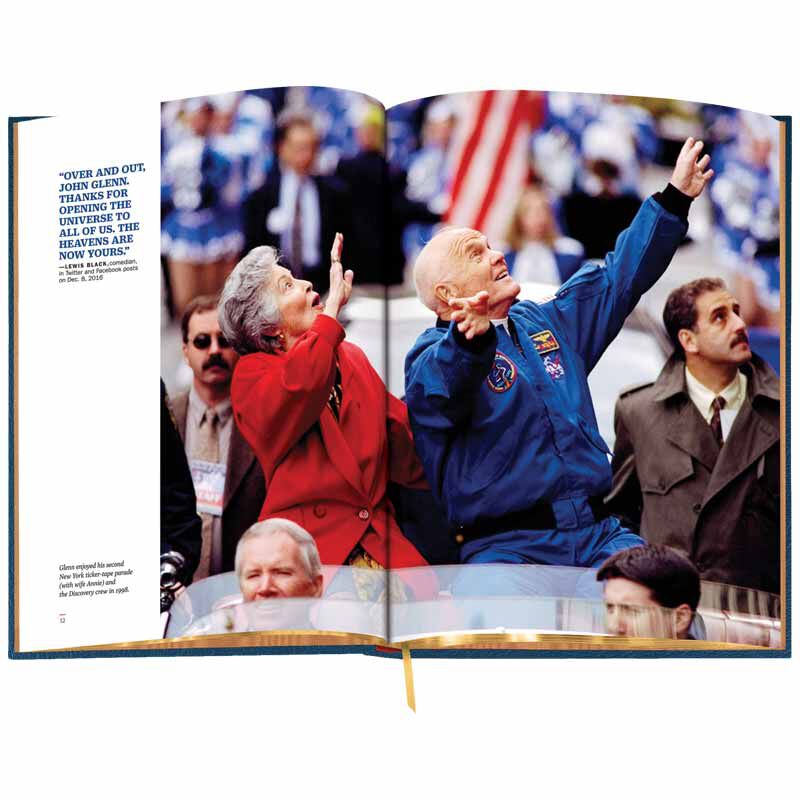 A permanent record of an iconic American life ...
John Glenn was a true American hero. He served with distinction as a fighter pilot in two wars, then rose to national prominence as the first American to orbit the earth. His service continued as a four-term senator from Ohio, when he became the oldest human to ever fly in space. Illustrated throughout.


A permanent record of an iconic American Life. Illustrated throughout.

“People are afraid of the future, of the unknown. If a man faces up to it and takes the dare of the future, he can have some control over his destiny.” – John Glenn

Rarely in our history has a figure seized the nation's imagination as profoundly as John Glenn did when, on February 20, 1962, he became the first American to orbit the Earth. For discouraged and anxious Cold War era America, Glenn's confident, fearless step into the unimaginable proved our country was still great.

Decorated fighter pilot, test pilot and astronaut, four-term U.S. Senator, and icon of the “can-do” spirit and man's exploration of space -- few Americans have ever served their country in as many high-profile and varied roles, so fully embodied our ideals, or been so widely revered as John Glenn.

He was the epitome of “the right stuff.”

The life of a true American legend.

Drawing on their unmatched archives of photographs and journalism – including pieces John Glenn wrote for the magazine during his astronaut years -- the world-renowned editors of LIFE have created a brilliant portrait of John Glenn's extraordinary achievements and character.

JOHN GLENN: A HERO’S LIFE celebrates the public John Glenn: the calm fearless warrior and test pilot, the charming and quick-witted icon of the Space Race, the hugely respected and productive U.S. Senator inspired by Robert Kennedy, and the ceaseless advocate for education and research who, returning to space at age 77, became the oldest ever astronaut.

But these pages also look at Glenn's formative small-town upbringing, the man who married – and remained married – to his childhood sweetheart, the fiercely competitive man who won immense fame but never lost his humility and grace, and the no-nonsense feet-on-the-ground ordinary guy who passionately believed in traveling to the stars.

Bursting with fascinating stories, reminiscences, commentary, and glorious full-color and black & white photographs, JOHN GLENN: A HERO’S LIFE celebrates the man many regard as the “last American hero.”

Easton Press has created for this tribute to the late John Glenn a magnificent hand-crafted volume – an Easton Press Collector Edition, the state-of-the-art in fine hand-crafted bookmaking.

The binding is premium leather, specially selected for this edition. The spine is strengthened by the traditional raised “hubs” and embossed with 22kt gold. The acid-neutral paper is specially coated to reveal every detail of the spectacular photographs.

The pages are not merely glued but thread-sewn into the binding for superior strength. Moiré end sheets and glowing gilded page ends add beauty and durability. No detail has been overlooked – there’s even a convenient satin-ribbon page-marker.

The work of American craftsmen committed to excellence, the Collector Edition JOHN GLENN: A HERO’S LIFE is a thrilling commemorative that will make a dazzling addition to any library – and a wonderful one-of-a-kind gift.