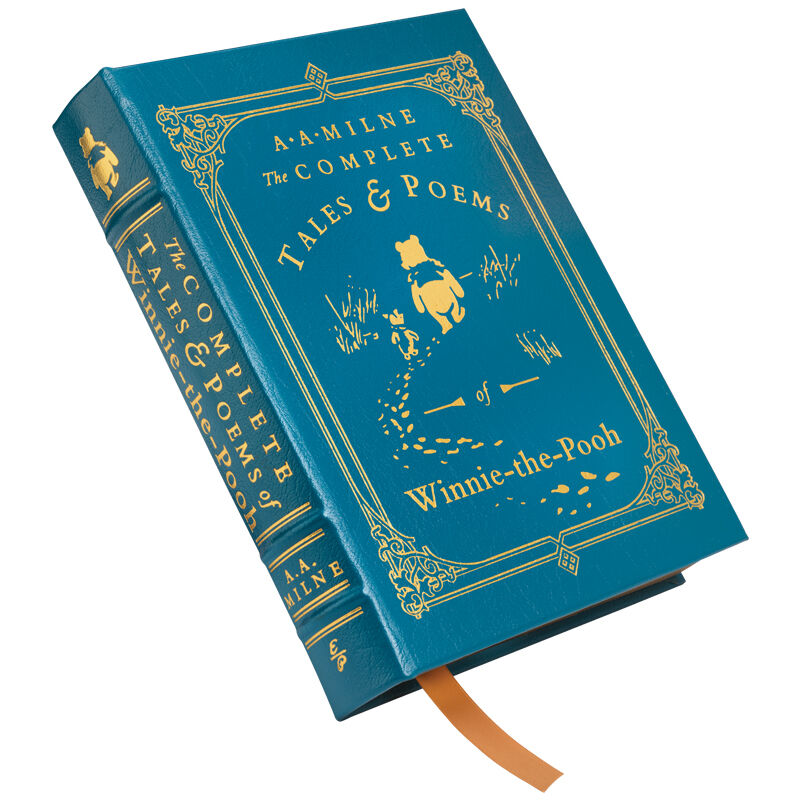 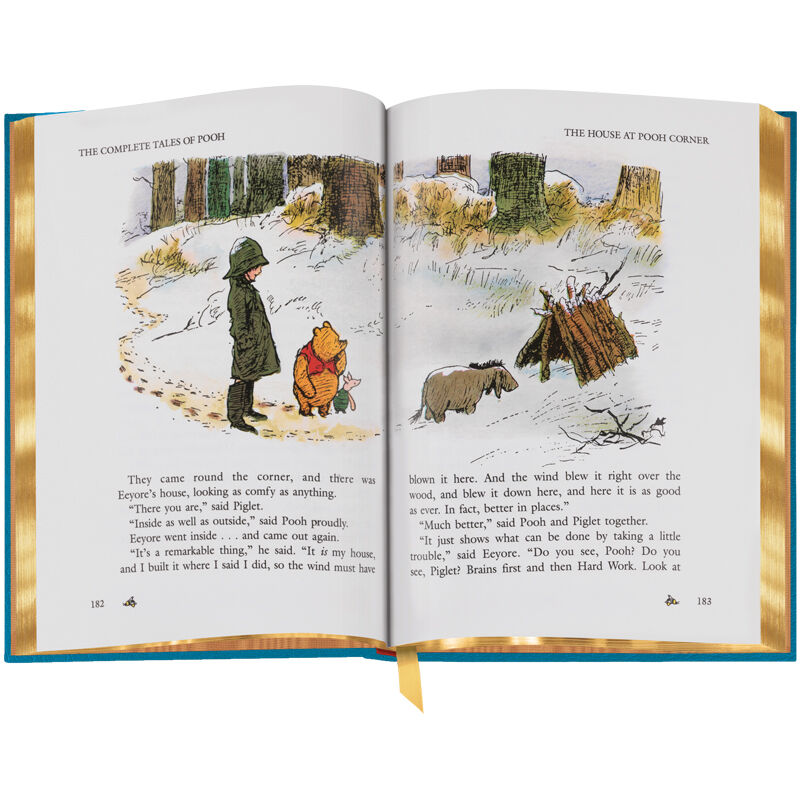 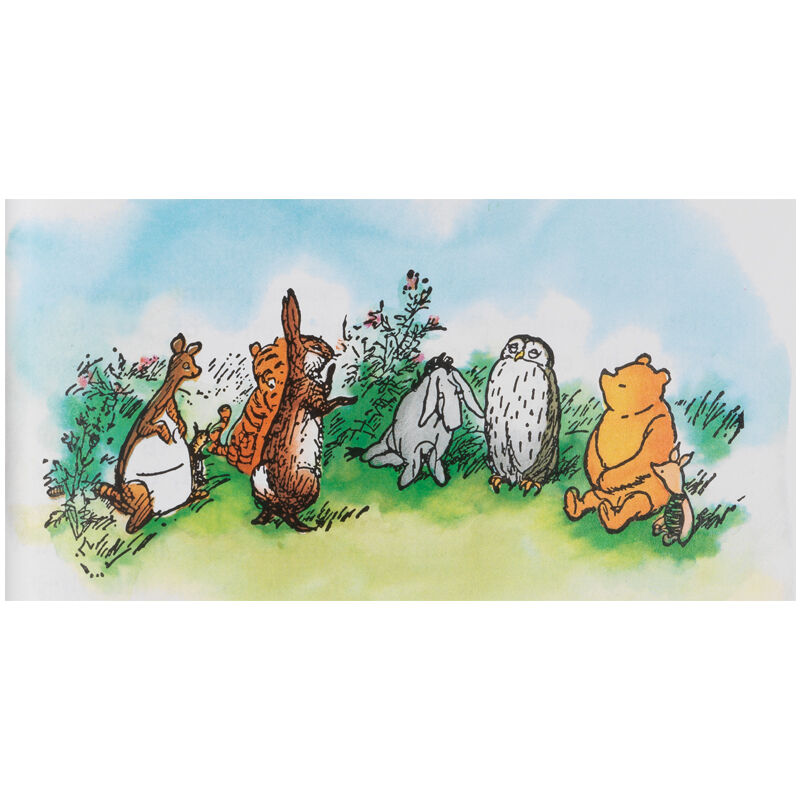 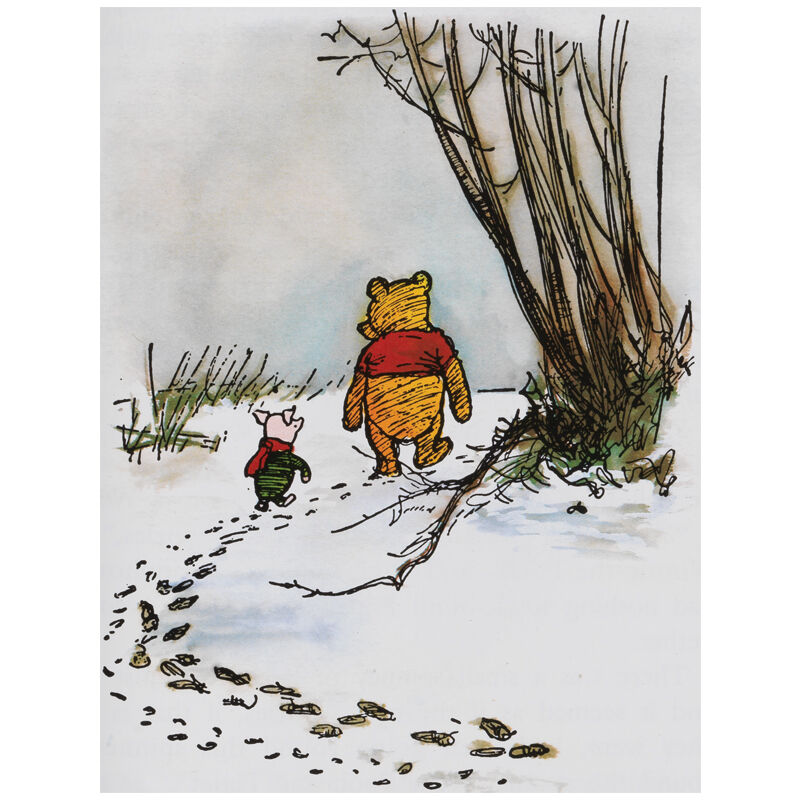 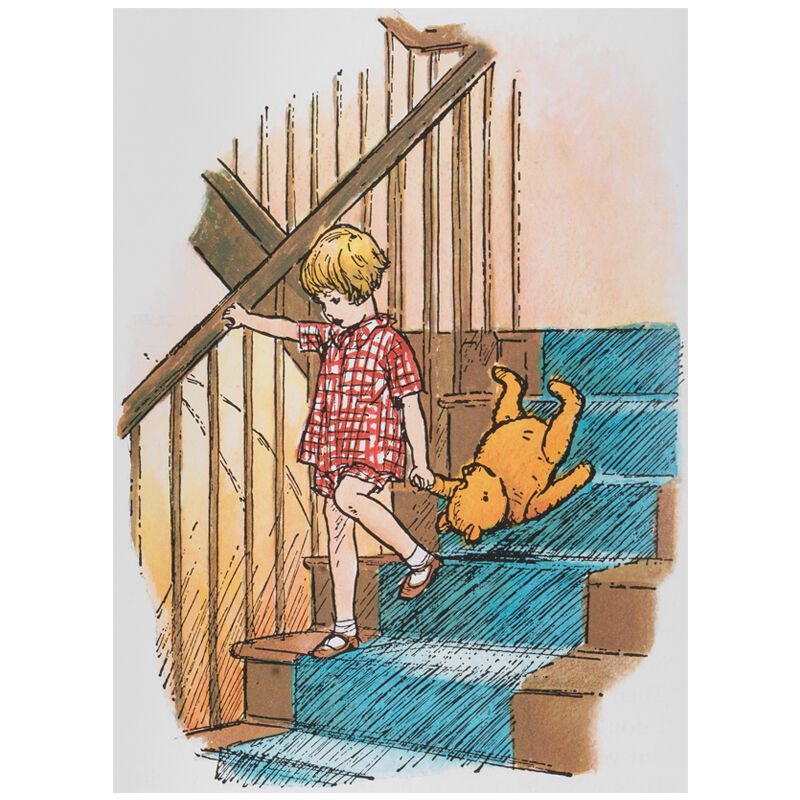 A beautiful anthology of the complete stories and verse of the world's best-loved bear...
All your favorite characters from the Hundred Acre Wood are found here, in this complete anthology of A.A. Milne's beloved tales. Only here will you find all of the Pooh stories and poems, complete and unabridged, collected in a single comprehensive volume. The original illustrations by Ernest Shepard, now with gentle water colors lovingly added by the artist himself, are proudly featured in this grand leather-bound edition.

With its premium leather binding, a hubbed spine accented with true 22kt gold, and gilded page ends, this luxurious volume is the state-of-the-art in fine bookmaking.

“When you are a Bear of Very Little brain, and you Think Things, you find sometimes that a Thing which seemed very Thingish inside you is quite different when it gets out into the open and has other people looking at it.” – Winnie-the-Pooh

Celebrated as among the greatest achievements in children's literature, the Winnie-the-Pooh books of A.A. Milne and illustrator E.H. Shepard have been cherished by children around the world ever since their publication in the mid-1920's.

And not only children. Milne’s witty wordplay and keen insights are prized by readers of all ages. Pooh, Piglet, Eeyore, and the rest of the books' characters have become iconic archetypes, and scholars and thinkers use Milne's stories to explore sophisticated ideas and theories.

Now, Easton Press is proud to present: The Complete Tales and Poems of Winnie-the-Pooh, a leather-bound Collector's Edition.

The most beautiful single-volume collection of Winnie-the-Pooh.

A.A. Milne was already a successful novelist, playwright, and poet when he began writing verses and stories for his young son, Christopher Robin, and it was the boy's menagerie of toy stuffed animals – a pig, donkey, tiger, kangaroo, and, of course, a bear – that inspired Milne's greatest creation.

From the start, Milne worked with artist Ernest H. Shepard (who would later draw the beloved illustrations for another masterpiece, The Wind in the Willows) and their collaboration is regarded as among the most successful in the history of children's books.

The Collector's Edition The Complete Tales and Poems of Winnie-the-Pooh is a gorgeous single-volume compendium of A.A. Milne's four classic children's books – When We Were Very Young, Winnie-the-Pooh, The House at Pooh Corner, and Now We Are Six – all complete and unabridged with E. H. Shepard's beautifully hand-colored final versions of his original illustrations.

Printed on archival quality, acid-neutral paper that conforms to all guidelines established for permanence and durability by the Council of Library Resources and the American National Standards Institute.